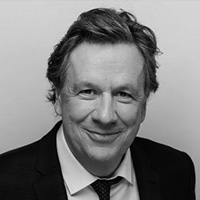 He studied geography, mathematics and physics at the University of Zurich, where meteorology was not offered. He dropped out of the university before being awarded his degree and became a freelance contributor to a Swiss newspaper, the Sonntagsblick. In between he also worked for Schaffhausen local radio station Radio Munot. From there he moved to the Scientific Editorship of Swiss Television SRG and in 1988 he became Deputy Editor in Chief of Schweizer Illustrierte.

For a long time he had faxed unsolicited weather forecasts to Südwestfunk. Eventually these were adopted. In 1989, Jörg Kachelmann bought an old farmhouse in Bächli and rebuilt this into a high tech weather station. In 1991 he founded the Meteomedia AG weather service operating over 1000 weather stations in Germany alone. In 1996 Kachelmann became Programm Director of the German version of the American television Weather Channel named Der Wetterkanal.

Apart from producing weather forecasts for ARD and various other broadcasters, Kachelmann acted in other areas. In 1996 he presented the German programme “Vorsicht Blöff”, appeared from 1999 to 2004 on the MDR Fernsehen talk show “Riverboat”, to which he returned in 2007 and which he gave up due to lack of time in 2009.

After selling his shares of the Meteomedia company in 2013, Kachelmann founded a new weather forecasting company, the Kachelmann GmbH in 2013, which runs the forecasting portal kachelmannwetter.com and completes the Kachelmann Group consisting also of the Swiss company Meteologix AG, the Australian subsidiary Meteologix Australia Inc. and the US weather forecasting company Weather OK Inc., which operates weather.us. The Kachelmann Group has developed its own forecasting weather model (‘Swiss HD’) that provides data and forecasts for the WeatherPhilippines Foundation Inc. (WeatherPhilippines). Kachelmann has compared his new companies to speedboats among oil tankers meaning they are now able to be more flexible and innovative than bigger companies, and therefore providing better content for their customers.

X
We are using cookies to provide statistics that help us give you the best experience of our site. You can find out more or switch them off if you prefer. However, by continuing to use the site without changing settings, you are agreeing to our use of cookies. OkFor more information, click here