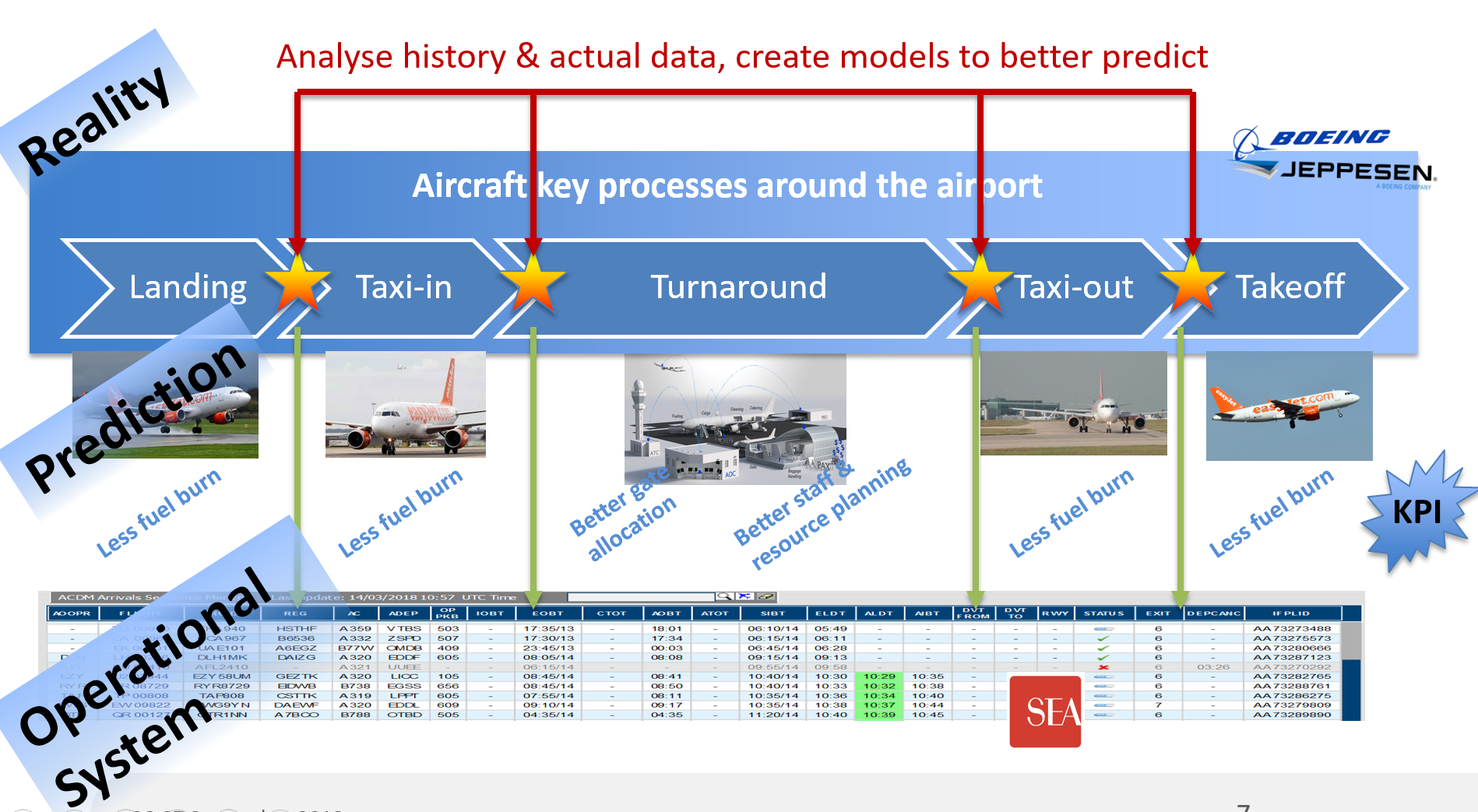 Growth in the aviation transport domain has seen a constant increase between 5% and 6% annually over the last decade.As to Milan Malpensa, in 2018 the Airport recorded 189.910 (+ 8,7% vs 2017) movements and handled over 24.561.735 million passengers (+ 11,5% vs 2017).Due to cost pressure and environmental constraints, rising traffic figures cannot be accommodated by expanding assets and extending existing infrastructure alone. There is a need for efficiency increase in operations to cope with the high demand.

The use of integrated information will allow freeing up significant savings potentials. This is mainly achieved through two dogmas:

1)         Pro-active disruption management by analysis of historical data and comparison with actual real time data. This allows the prediction of unfavourable situations and the early deployment of counter-measures to avoid them.

2)         Optimizing operations across all involved domains through processing available data according to business goals.

By means of the use of big data, we are transferring these two dogmas to the real world to gain benefits in terms of operational efficiency and saving costs.

Significant gains in operational efficiency will be achieved by turning available data into Integrated Intelligent Information. This is realized through analysis, integration, networking and implementation of smart applications and services across domains, to optimize operations on a holistic level. Instead of optimizing single stovepiped services, smart algorithms optimize processes according to selected criteria: best economy, best performance, maximum safety/security and maximum availability. Industry can define, prioritize and realize performance criteria according to their business goals. At the same time, data can provide insights to help to answer key business and process questions. Data leads to insights and they can be turned into decisions and actions that improve operations and business, achieving a complete data driven decision making.

In general, the initial pilot focusses on the full passenger process, analysing and describing the passenger behaviors in order to anticipate the number of resources required to manage the expected volume of passengers and predicting when passenger process might affect the air-craft departure times.

The replication pilot is going to monitor the total turnaround process, analysing and predicting ETAs, predict turnaround processes and aircraft delays, and making a link with passenger process only at the boarding gate.

The ambition of the Replication Pilot is to optimize the aircraft turnaround time by improving the predictability of the processes analyzed and increasing the situational awareness of all actors involved in those processes. To achieve the target, a set of objectives have been defined considering:

These objectives have been clustered in different tasks, summarized here below in working blocks.

ETA (Estimated Landing Time – ELDT – in A-CDM) deserves a particular attention. On the accuracy of the ETA, in fact, depends all the Turn Around Process and the correct assignment of the personnel and of the equipment.

ELDT is initially based on schedule data, then on Flight Plan data, followed by updates from Flight Update Messages (FUM) information. A FUM is sent for the first time at 3 hours before the ELDT and is updated taking into account the actual progress of the flight.

The accuracy of ELDT is particularly important when the flight enters the FIR or the local airspace of the destination airport since downstream decisions are taken, such as stand /gate / aircraft changes, preparation of arrival sequence, preparation of ground handling operations, decisions for connecting passengers. Uncertainty and ELDT non-accuracy at this stage significantly increase risks for bad and last-minute decisions and internal disruptions.

An estimated in-block time (EIBT) is computed using the ELDT and the estimated taxi-in time (EXIT).

The accuracy of the ELDT is fundamental because, in the A-CDM system, the Target Off-Block Times (TOBTs) are generated automatically based on ELDT updates that are forwarded from ENAV using the most accurate source at each phase of flight.

This aims at fulfilling the following pilot objectives:

Improve taxi in/out estimations with the analysis of the historical A-CDM timestamps off-block and take-off for the taxi out, as well as, landing and in-block for the taxi-in. This analysis will enhance the number of features used for the estimations, currently based on runway, aircraft type (heavy/medium) and airport taxi section. This aims to fulfil the following pilot objectives:

ETA, taxi and boarding time predictions business impact can be seen from two points of view:

Enhanced ETA (TA prediction), taxi or boarding times business impact contribution are related to the Turnaround process duration. The shorter the turnaround the better utilization of both the aircraft and the airport resources. A more predictability in the turnaround process (ETA, taxi and boarding) can help airlines to reduce buffers in the schedule, since there is less deviation expected to be absorbed. This buffer reduction means savings for the airline and for the airport. 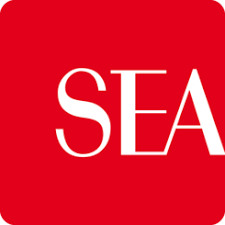